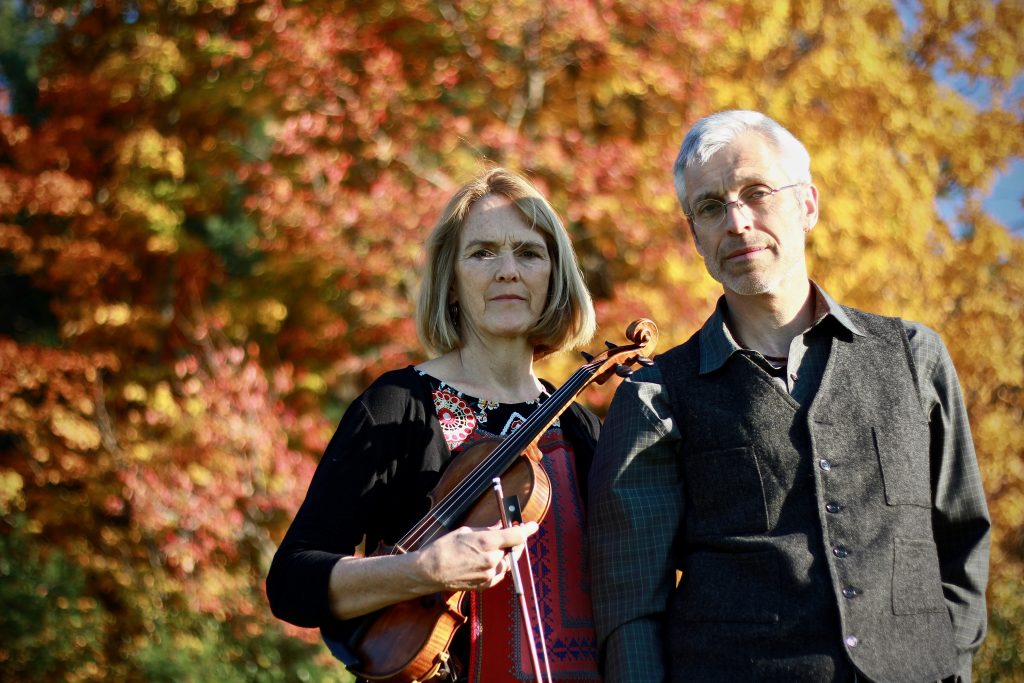 Becky and Keith are dynamic performers of traditional music from Newfoundland, Quebec, Ireland, France and beyond. Tracy’s fiddling pulses through tasteful arrangements of dance tunes and resonates with beauty on traditional slow airs. Keith’s gentle and expressive singing in English and French is balanced by the drive and power of his guitar playing and foot percussion. Combined, they produce a range and richness of sound that is striking for a duo. Their playing is seamless, the result of years of playing together and touring across the U.S., Canada and in Europe. Their repertoire also includes Keith’s original compositions (many of which are included in the Black Isle Music tune collection). He is a prolific tunesmith with a writing style strongly based on traditional dance music. This music is elegantly represented in their duo recording, Golden, released in early 2020.

Keith and Becky were two thirds of the popular Vermont trio, Nightingale and are veterans of several other bands including Childsplay and Assembly (Keith) and Wild Asparagus (Becky). They can be heard on recordings of all these bands and many others. Becky released her first solo recording, Evergreen, in 2001 and in recent years has been active with Eloise & Co which released their debut album, More Please in 2018. Land of Fish and Seals (2018) is Keith’s most recent solo recording.