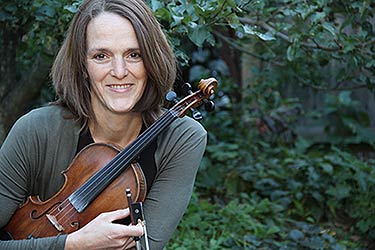 Becky Tracy has dance music in her blood. Her grandparents were active in the dance scene around Boston in the 1930’s and were involved in the early years of NEFFA (New England Folk Festival Association) – still an important institution in the New England dance scene. Becky’s parents met through dancing and were leaders of community dances for many years.

Becky herself began playing for contra dancing in Maine, bending her early classical training to the demands of dance music. Later, she studied Irish fiddling styles with Brendan Mulvihill and Eugene O’Donnel and French Canadian fiddling with Lisa Ornstein. She brought things full circle when she appeared as the featured soloist with the New Hampshire Symphony Orchestra in their performance of Evan Chambers’ Fiddle Concerto.

All these elements combined to give Becky her distinctive clarity of tone, a rhythmic attack owing much to French Canadian playing and the melodic quality of Irish music. Her sound is unmistakable. She has been a defining presence in some of the most popular and innovative contra dance bands to come out of New England, being the fiddler for both Wild Asparagus and Nightingale. Becky is featured on recordings by both these groups. She has performed for dance events and concerts in about 40 states across the US, as well as Canada and Europe and is a popular fiddle teacher at summer music camps. Her solo recording, Evergreen from 2001 is an album of haunting beauty, intimacy and exuberance. 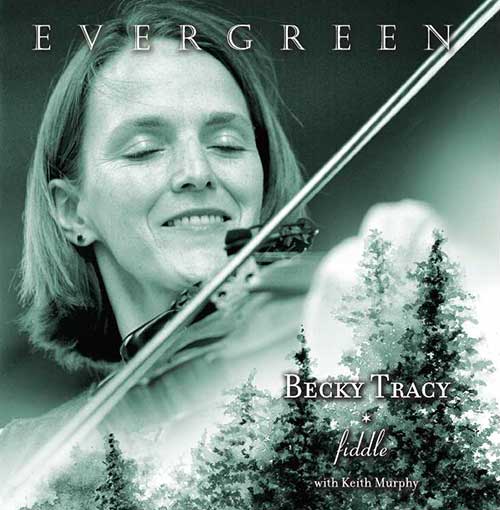